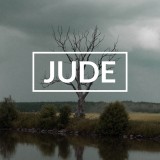 • History taught the church God knows these men; He sees their hearts and He will judge him

Jude 8  Yet in the same way these men, also by dreaming, defile the flesh, and reject authority, and revile angelic majesties.

Heb. 1:1  God, after He spoke long ago to the fathers in the prophets in many portions and in many ways,
Heb. 1:2  in these last days has spoken to us in His Son, whom He appointed heir of all things, through whom also He made the world.

1Tim. 6:3 If anyone advocates a different doctrine and does not agree with sound words, those of our Lord Jesus Christ, and with the doctrine conforming to godliness,
1Tim. 6:4 he is conceited and understands nothing; but he has a morbid interest in controversial questions and disputes about words, out of which arise envy, strife, abusive language, evil suspicions,
1Tim. 6:5 and constant friction between men of depraved mind and deprived of the truth, who suppose that godliness is a means of gain.

"Suddenly I felt a suction as if I was being pulled up out of the room. . .I heard a sound, Whoosh! And I was pulled up out of the room. . .I didn't know I had left the room and I was zooming along at a phenomenal rate of speed. . .in something like a cable car. . .Then I looked up. There stood another being. I realized that it was the blond-headed angel who had visited me. . . I had an appointment with the Lord God Jehovah. "Then I saw other people who didn't have on robes; they were wearing gowns. They started walking toward the city, but they seemed to get weak. I saw them walk over to the trees, pick what looked like fruit and eat it. Then they took some leaves off those trees, put the leaves up to their faces and breathed in, smelling them. I asked the angel, "What’s happening?" He said, "Some of them have not lived the life they should. They believe in God and love Jesus, but they didn't live to their fullest potential. . . Yes God is merciful to them," he said. "But they have to be prepared to stand in the presence of the Almighty. Some people don't live close to God the way they should. They know Jesus as their Savior, but they could do so much better. In heaven they will eventually be able to go to God’s Throne, but it takes more time for them.”

Naturally, the devil tried to shut down this living, breathing Church. He wanted dry bones. He began to take the freshness of God and put Ecclesiastical dogma on it. He used theological understanding(doctrine/the study of God's word) to water down the fire

Not long ago I was in prayer in my own study, and I know the Lord just like you know the Lord. And man I went in there and started off my day with the lord and said 'Lord Lord how you doing today. It’s going to be a great day. And I noticed the lord wasn't acting right, …cause I know God, you know when your child is not felling good, right. You know when something, you may not know what it is but he wasn't acting right for lack of a better term. I know God I know him and I know the fulness of his presence , and I know him. And I said something’ wrong...I said Lord you had a bad day? And he said “Yea my children have been disobeying me.” I said somebody hurt you today, I said lord I don't ever want to hurt you anymore so lord I’m going to cancel all my appointments and all this stuff that we call ministry and I'm gonna sit here and I don’t know how to say this God for a lack of better term, till you fell better. Cause so many people hurt him that day… Lord I said I'm just going to bless you I'm gonna praise you I'm gonna just call your name. And it dawned on me and the Lord went “Thank you.”

Jude 9 But Michael the archangel, when he disputed with the devil and argued about the body of Moses, did not dare pronounce against him a railing judgment, but said, “The Lord rebuke you!”

Deut. 34:1 Now Moses went up from the plains of Moab to Mount Nebo, to the top of Pisgah, which is opposite Jericho. And the LORD  showed him all the land, Gilead as far as Dan,
Deut. 34:2 and all Naphtali and the land of Ephraim and Manasseh, and all the land of Judah as far as the western sea,
Deut. 34:3 and the  Negev and the plain in the valley of Jericho, the city of palm trees, as far as Zoar.
Deut. 34:4 Then the LORD said to him, “This is the land which I swore to Abraham, Isaac, and Jacob, saying, ‘I will give it to your descendants’; I have let you see it with your eyes, but you shall not go over there.”
Deut. 34:5 So Moses  the servant of the LORD  died there in the land of Moab, according to the  word of the LORD.
Deut. 34:6 And He buried him in the valley in the land of Moab, opposite Beth-peor; but  no man knows his burial place to this day.