Having a Common Purpose 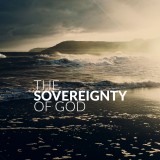 I believe that every particle of dust that dances in the sunbeam does not move an atom more or less than God wishes – that every particle of spray that dashes against the steamboat has its orbit, as well as the sun in the heavens – that the chaff from the hand of the winnower is steered as the stars in their courses. The creeping of an aphid over the rosebud is as much fixed as the march of the devastating pestilence – the fall of… leaves from a poplar is as fully ordained as the tumbling of an avalanche.

God who, in infinite power and wisdom, has created all things, upholds, directs, controls, and governs them, both animate and inanimate, great and small, by a providence supremely wise and holy, and in accordance with His infallible foreknowledge and the free and immutable decisions of His will. He fulfills the purposes for which He created them, so that His wisdom, power and justice, together with His infinite goodness and mercy, might be praised and glorified. Nothing happens by chance or outside the sphere of God's providence. As God is the First Cause of all events, they happen immutable and infallibly according to His foreknowledge and decree, to which they stand related. Yet by His providence God controls them, that second causes, operating either as fixed laws, or freely, or in dependence upon other causes, play their part in bringing them about.

What is fate? Fate is this – Whatever is, must be. But there is a difference between that and Providence. Providence says, Whatever God ordains, must be; but the wisdom of God never ordains anything without a purpose. Everything in this world is working for some great end. Fate does not say that. . . . There is all the difference between fate and Providence that there is between a man with good eyes and a blind man.

Psa. 135:5
And that our Lord is above all gods.
For I know that the LORD is great
Psa. 135:6 Whatever the LORD pleases, He does,
In heaven and in earth, in the seas and in all deeps.

Amos 3:6 If a trumpet is blown in a city will not the people tremble? If a calamity occurs in a city has not the LORD done it?

James 2:10 For whoever keeps the whole law and yet stumbles in one point, he has become guilty of all.

Psa. 51:1 According to the greatness of Your compassion blot out my transgressions.
Be gracious to me, O God, according to Your lovingkindness;
Psa. 51:2 Wash me thoroughly from my iniquity And cleanse me from my sin.
Psa. 51:3 For I know my transgressions, And my sin is ever before me.
Psa. 51:4 Against You, You only, I have sinned And done what is evil in Your sight,
So that You are justified when You speak
And blameless when You judge.
Psa. 51:5 Behold, I was brought forth in iniquity,
And in sin my mother conceived me.

Mark 1:27 They were all amazed, so that they debated among themselves, saying, “What is this? A new teaching with authority! He commands even the unclean spirits, and they obey Him.”

Mark 5:11 Now there was a large herd of swine feeding nearby on the mountain.
Mark 5:12 The demons implored Him, saying, “Send us into the swine so that we may enter them.”
Mark 5:13 Jesus gave them permission. And coming out, the unclean spirits entered the swine; and the herd rushed down the steep bank into the sea, about two thousand of them; and they were drowned in the sea.

John 6:70 Jesus answered them, “Did I Myself not choose you, the twelve, and yet one of you is a devil?”
John 6:71 Now He meant Judas the son of Simon Iscariot, for he, one of the twelve, was going to betray Him.

Acts 4:26 The kings of the earth take their stand and the rulers gather together against the Lord and against his Anointed One.’
Acts 4:27 Indeed Herod and Pontius Pilate met together with the Gentiles and the people of Israel in this city to conspire against your holy servant Jesus, whom you anointed.
Acts 4:28 They did what your power and will had decided beforehand should happen.

Rev. 17:17 “For God has put it in their hearts to execute His purpose by having a common purpose, and by giving their kingdom to the beast, until the words of God will be fulfilled.

Gen. 15:13 God said to Abram, “Know for certain that your descendants will be strangers in a land that is not theirs, where they will be enslaved and oppressed four hundred years.
Gen. 15:14 “But I will also judge the nation whom they will serve, and afterward they will come out with many possessions.
Gen. 15:15 “As for you, you shall go to your fathers in peace; you will be buried at a good old age.
Gen. 15:16 “Then in the fourth generation they will return here, for the iniquity of the Amorite is not yet complete.”

Gen. 37:18 When they saw him from a distance and before he came close to them, they plotted against him to put him to death.
Gen. 37:19 They said to one another, “Here comes this dreamer!
Gen. 37:20 “Now then, come and let us kill him and throw him into one of the pits; and we will say, ‘A wild beast devoured him.’ Then let us see what will become of his dreams!”

Gen. 37:25 Then they sat down to eat a meal. And as they raised their eyes and looked, behold, a caravan of Ishmaelites was coming from Gilead, with their camels bearing aromatic gum and balm and myrrh, on their way to bring them down to Egypt.
Gen. 37:26 Judah said to his brothers, “What profit is it for us to kill our brother and cover up his blood?
Gen. 37:27 “Come and let us sell him to the Ishmaelites and not lay our hands on him, for he is our brother, our own flesh.” And his brothers listened to him.
Gen. 37:28 Then some Midianite traders passed by, so they pulled him up and lifted Joseph out of the pit, and sold him to the Ishmaelites for twenty shekels of silver. Thus they brought Joseph into Egypt.

Gen. 45:7 And God sent me before you to preserve a posterity for you in the earth, and to save your lives by a great deliverance.
Gen. 45:8 So now it was not you who sent me here, but God; and He has made me a father to Pharaoh, and lord of all his house, and a ruler throughout all the land of Egypt.

Gen. 50:19 But Joseph said to them, “Do not be afraid, for am I in God’s place?
Gen. 50:20 “As for you, you meant evil against me, but God meant it for good in order to bring about this present result, to preserve many people alive.