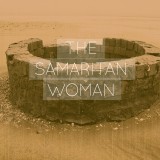 As Jesus retreated from Judea and returned to the Galilee, he stopped at a well in the middle of Samaria, where He met a Samaritan woman. She was ready to defend her culture and beliefs and traditions against this Jewish traveler. Instead, she encountered the Truth, and He revealed in her the hypocrisy common to all man-made religion.

This lesson was presented on March 28, 2009, at Lighthouse Christian Fellowship in Las Vegas, Nevada.