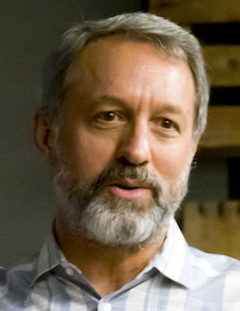 I have been reluctant in the past to join the ongoing debate within Christian circles on the merits and drawbacks of megachurches. It’s not that I lack an opinion on the subject; as you will see from this article, I have given considerable thought to the phenomenon and its effect on the church. My concern has been that I would make the same mistake so many others have made before me: throwing out the good with the bad. In our rush to highlight the significant problems associated with the megachurch movement, we risk treating every large congregation as automatically bad and every small congregation as inherently good.

The truth is good and bad churches come in all sizes, and in fact, small churches are still dominant in America. Over 50% of the churches in the United States claim less than 100 regular attendees, and only 6% of U.S. churches count over 1,000 weekly attendance (Hartford Seminary, 2000). Still, the trend is for ever larger churches, with studies showing that the number of people attending church has been rising in recent years even as the total number of churches in existence has been declining.

It’s hard to imagine a church thriving and growing without a permanent building – but that’s exactly what the early Christian church did. In fact, the early church existed for several hundred years before the idea of the church owning its own property took hold. As reflected in the second chapter of Acts, the early believers met in homes and in public places, like the the temple. Obviously, smaller gatherings could met virtually anywhere, while larger groups needed the larger public spaces of the temple or the “large room” highlighted in Acts 20.

It took the marriage of the church to the state under Constantine in the 4th century to establish the association between a congregation and its church building. Today, churches are largely defined by their building, and while no one can argue with the need for a suitable meeting place, when does a building become more of a liability than an asset to a church?

In an “average” megachurch today (i.e., churches consisting of 2,000+ weekly attendance), the costs associated with operating and maintaining a large physical plant are staggering. For example, the monthly utility bill at any one of these churches is often more than the annual budget of most smaller churches. When we factor in the cost of staff salaries, insurance, equipment, building funds, maintenance, office supplies, and other miscellaneous expenses, megachurches can consume tens of millions of dollars annually merely serving the needs of a few thousands worshippers.

What’s wrong with a congregation spending so much on itself? Simply put, the church doesn’t exist for its own sake. The church is Christ’s bride, the light and salt of the earth, the caretaker of the less fortunate, the carrier of the Gospel to the nations. Therefore, its priority ought to be on reaching those outside the church walls rather than lavishing its wealth on those who meet inside. Megachurches bring to their ministries unparalleled resources, yet they are equally great consumers of resources.

Consequently, for all their wealth and prominence, the megachurches’ impact for Christ in the world is disproportionately small. One statistic says it all: in most megachurches today, the advertising & media budget usually dwarfs the budget for missions and outreach.

What if instead of concentrating so many resources in a single megachurch, we distributed those same resources among two dozen small churches? Since the overhead of a smaller church tends to be lower per capita than the overhead to operate a megachurch, fewer megachurches and more small churches would lead (at least theoretically) to more resources available for the work of the ministry outside the walls of our church buildings. Of course, smaller churches aren’t necessarily more effective than larger churches in spreading the gospel, but at least they aren’t shackled by an all-consuming appetite for resources.