Reflections on the Three Kings 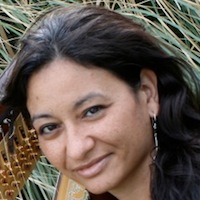 In church tradition January 6 marks the Feast of Epiphany.  Epiphany can mean “shining forth”, as in the shining forth of Jesus as God.  Epiphany can also mean an awakening or realization.  Where I grew up, Puerto Rico, and in many other Latin American countries, January 6, not December 25, was originally the day people would give each other gifts, while Christmas was always celebrated in the church, as a religious holiday.

With time, the tradition of Santa Claus spread into Latin America.  So I got a sweet deal.  When I was growing up, kids got gifts on both Christmas Day and on Three Kings Day.  On January 5, children would go out into the yard and fill up a shoe box with grass to feed the camels the three kings traveled on, of course.  We placed the boxes beneath the bed and woke up the next day to find toys and presents, and the grass was gone.

As a girl, we always assumed there were three of them, maybe because the scripture account mentions three gifts presented to the child.  We even had names for them Melchior, Gaspar and Balthazar.  (I have no idea where the names came from, but I'm sure someone made them up, as they are nowhere in scripture.)  And we always picture them arriving on “Christmas night” at the manger.  We even do that in our Christmas pageants; the magi always arrive a song or two after the angels and shepherds show up, right?  But let's take a closer look at the passage that describes their arrival:

Matt. 2:1  Now after Jesus was born in Bethlehem of Judea in the days of Herod the king, magi from the east arrived in Jerusalem, saying,
Matt. 2:2 “Where is He who has been born King of the Jews? For we saw His star in the east and have come to worship Him.”
Matt. 2:3 When Herod the king heard this, he was troubled, and all Jerusalem with him.
Matt. 2:4 Gathering together all the chief priests and scribes of the people, he inquired of them where the Messiah was to be born.
Matt. 2:5 They said to him, “In Bethlehem of Judea; for this is what has been written by the prophet:
Matt. 2:6  ‘And you, Bethlehem, land of Judah,
Are by no means least among the leaders of Judah;
For out of you shall come forth a Ruler
Who will shepherd My people Israel.’”

Matt. 2:7 Then Herod secretly called the magi and determined from them the exact time the star appeared.
Matt. 2:8 And he sent them to Bethlehem and said, “Go and search carefully for the Child; and when you have found Him, report to me, so that I too may come and worship Him.”
Matt. 2:9 After hearing the king, they went their way; and the star, which they had seen in the east, went on before them until it came and stood over the place where the Child was.
Matt. 2:10 When they saw the star, they rejoiced exceedingly with great joy.
Matt. 2:11 After coming into the house they saw the Child with Mary His mother; and they fell to the ground and worshiped Him. Then, opening their treasures, they presented to Him gifts of gold, frankincense, and myrrh.
Matt. 2:12 And having been warned by God in a dream not to return to Herod, the magi left for their own country by another way.

After reading the passage it is clear that there is no indication in the text that would tell us there were exactly three magi.  There is also nothing in the text that specifies they were kings.  Then, if we look at verse 9, it tells us that the star they had followed all the way to Jerusalem came to rest over over the place where the child was, and verse 11 tells us it was a house, not a manger.  This means that the visit happened sometime while Jesus was still a very young child, a baby, but after His family had moved out of the stable.  Maybe we don't know as much about these three? kings? as we thought.

What do we know?  We know that this was a group of men who came from the East, following a star.  Scripture calls them magi, which in the Greek could mean a sorcerer, diviner, or astrologer.  A 'magos' was one who could interpret the oracles of a particular deity.  They came from the East, which would indicate they came from Babylon.  But how did they know that a Messiah would be born?  How did they know when, and where?  Whatever made them follow that strange 'star'?  They learned about all of this in the Word of God, the writings of the Hebrew prophets.

These magi from the court of Babylon would have had access to the writings of a particular ancient Hebrew prophet who had been a highly respected member, the chief of the court of magi during Israel's time of captivity in Babylon, the prophet Daniel.  The book of Daniel foretold of a great event in the history of the Hebrew people, the arrival of a Messiah who would be the ruler over all Israel.  And since then, the magi of Babylon had known to be vigilant of this prophecy being fulfilled.  Chapter 9 of Daniel offers a specific timeline that told them the exact year the Messiah would be born.

Astrology and astronomy were one and the same discipline back then.  As astronomers the wise men had extensive knowledge of stars and their position; as astrologers they assigned religious significance to star movements and configurations.  They would have noticed the appearance of a new heavenly body.  The star's movement west, along with the timing and other cues in scripture, would have triggered them to follow it to find this king the prophecy foretold.  A group of gentiles, of pagan priests, believed the Word of God, and this belief granted them the opportunity to worship at the feet of Jesus.

(You can hear more about this by listening to The Wise Men of Babylon.)

But what has always been curious to me is the way the magi arrived in Jerusalem:

Matt. 2:1  Now after Jesus was born in Bethlehem of Judea in the days of Herod the king, magi from the east arrived in Jerusalem, saying,
Matt. 2:2 “Where is He who has been born King of the Jews? For we saw His star in the east and have come to worship Him.”

In verse 2 the first thing out of their mouths is, “Where is He?”  Now, I have heard sermon after sermon propose that once in Jerusalem the magi stopped at Herod's castle to ask for directions.  But that is not exactly what the text says.  It says that when Herod heard, he was greatly troubled, perhaps when he got wind of it somehow.  The wise men didn't need directions.

They had followed a star all the way from Babylon; God wouldn't just leave them stranded at the tail end.  Verse 9 says that same star took them straight to the very house where the child was.  No, I would think the magi asked their question at the city gate.  After all that is where all official business took place and where you inquired about anything important.  This kind of message would have been relayed to Herod immediately.

The wise men were asking where they could go worship the one who had been born king of the Jews.  That was a direct threat to Herod's position.  It is not until verse 7 that the magi are summoned into Herod's presence, after he has had a chance to confirm the information with the Jewish priests (v. 4-6).

Let's think about what would prompt the magi to arrive at the city and immediately ask this question, “Where is He who has been born King of the Jews?”  Consider these scenarios.  You have been invited to a friend's house for Thanksgiving dinner and upon arriving you cheerfully ask, “Where's the bird?”  Or you have been invited to watch the 'big game' and when you come in you ask, “What's the score?”  You assume there is a shared knowledge of a specific event that has brought you together.

I would think the wise men assumed the same.  After all, they had access to the same scriptures as the Hebrew people.  And this Messiah had been promised to the people of this city by their God, through their prophet. They arrived in Jerusalem and asked, in my words, “Where have you put your Messiah?  We want to worship Him too.  Where did you build His palace?  Where do we stand in line?  Where do we put these gifts?  Surely we have not arrived too late to join you in your celebration.”

What they did not expect was to meet with a city full of people who were too preoccupied with their circumstances, that they had no idea what the magi were talking about.  If the wise men had been trained in the court of the magi to look forward to this event with anticipation, wouldn't they have expected the Jews to have done so even more?  And this is where God draws a stark contrast between the Jews and the Gentiles of the day.

These pagan oracle-readers had enough reverence for the word of the God of Daniel, to believe it and act upon it.  On the other hand, the Jewish priests and scribes knew the Word well; they were able to quote it to Herod on the spot (v. 6).  But they did not take it to heart.  They had access to the same information the magi did, yet they did not act on it.  In the process they missed the opportunity to receive their savior.  They also missed the opportunity to give Him a place of honor where the unbeliever could see Him exalted.

So this January 6, that is my Epiphany.  “Where is He?”  Where have I put my Savior and King?  Is He in a prominent place in my life, where all who were to ask 'at the gate' couldn't help but see Him in me?